History
In 2016 Benny Brown and Nigel Bourn kicked the idea of a band around a concept of the Honey Badger, get out, tear the place up, play what you want and see if people like it. We talked Peter Nixon and Peter Allan into the idea as the rhythm section and the badgers were born. 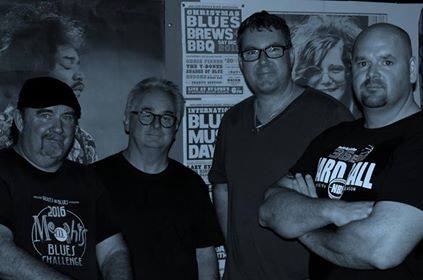 We kicked around a few of Benny’s songs and did some gigs with two horns initially and dragged Geo Heathcote into the group after some shows at the legendary Groove Garden at McLaren Vale. Not long after we discovered Tim Frears at the same venue.
The lineup settled and we played a lot of shows in the Southern Vales and went on to win two heats and become grand finalists in the Adelaide Roots and Blues Association’s Memphis Blues Challenge in 2019 and winning the Adelaide competition outright in 2022.
Peter Allan had long hiatus after some health challenges and Matt Carson stepped in and really kept the group going while Peter recovered. Matt is one of the nicest blokes in the business and we will always view him as a Badger, absolute legend.
Like everyone else in the music business we rode the pandemic wave as much as we could and we are still going. In 2021 Benny decided to step back from live music and the search was on for a new front person. Our good friend Mario Marino recommended Peter Hollow and the rest is history.

Supporters
Some organisations, people and venues really supported us and played a big part in getting us this far, these include: